Places I want to Visit

I took a Canadian geography class in college. My professor was from Canada and waxed poetic about it. Ever since then I have had a long distance love affair with Canada. I would love to go to Victoria, British Columbia. The Fairmont Empress Hotel is the epitome of a classic, classy hotel. 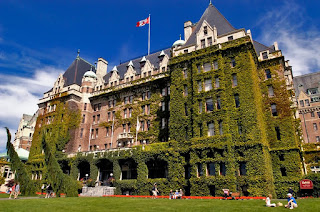 photo via disneymike
The Butchart Gardens would be the number one must see on my list. Then it would be back to the Fairmont for afternoon tea. Lovely. 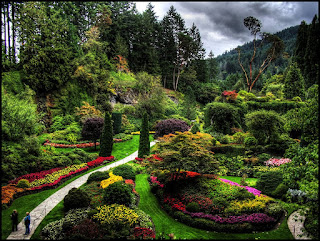 photo via ecstaticist
Posted by Gina Rae at 1:51 PM 1 comment:

I would love to have a giant mural of a tree behind a sofa. I am certainly not inclined to paint it myself, and having lived in apartments, painting is just not an option. Wall decals are a great alternative, and as always Etsy is a great source! 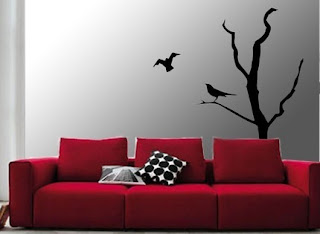 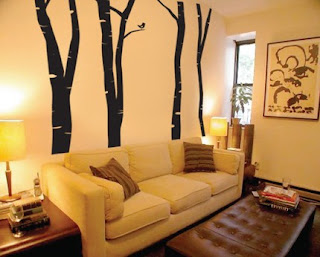 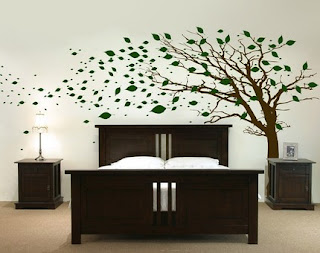 Tall Tree with Leaves Blowing in the Wind from DaliDecals 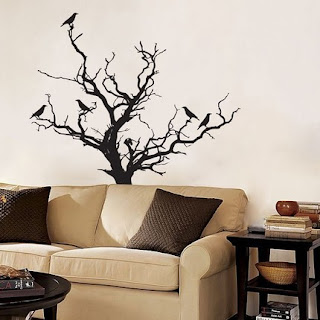 Stark Tree with Birds from DaliDecals
Posted by Gina Rae at 10:12 AM No comments:

Places I Want to Visit

I have been having dreams of visiting Mexico recently. Hacienda Puerta Campeche is at the top of my list of places to stay. 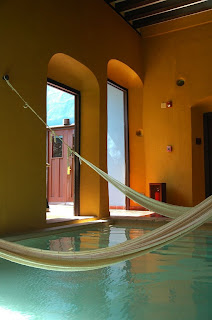 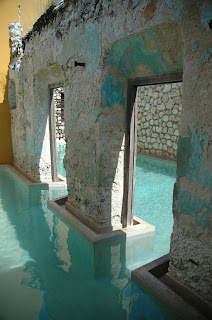 The swimming pool is reason enough to visit. Gorgeous.

Here are the rest of the birthday pictures!!

Hulk Smash Hands were a hit. "You're making me angry..."

As my nephew's birthday was approaching he was telling everyone that he was going to have a yellow party. I love a simple theme!

I had decided a long time ago to make these cupcakes for his birthday instead of a cake. They were fun to make and everybody thought the cookies tasted delicious!! I even used whole wheat flour. I had also ordered these adorable cupcake liners, however they did not arrive in time (I ordered them too late).

I ordered the Nigella Lawson Cookie Cutters, they include the entire alphabet, the numbers 0-9, and stars, hearts and circle shapes. They were the perfect size!

Considering my elementary decorating skills, I was quite pleased with how they turned out.
I undertook another fairly ambitious project. Tapping a watermelon! We were going to fill it with lemonade! My sister scooped out the inside like a pumpkin. There was enough watermelon pulp to fill two large bowls! I made watermelon sorbet with the leftovers.

Unfortunately we did not have a drill bit to make the whole. My dad decided to use a knife, and that is where this project turned from functional lemonade holding vessel to really odd centerpiece! I am determined that this would work. The hole needs to make a tight seal over the faucet fixture so it will not leak...next time!

Pictures of the party to come!!
Posted by Gina Rae at 5:02 PM No comments:

I have such a difficult time getting photos of my nephew. He is always on the go, always very busy. The camera that I use has a delay after I push the button, I end up taking so many photos of him turning around, or the back of his head. When we went for a nature walk a little while back I tried to use this problem to my advantage. This a fun series of photos.

There, that's better!
Posted by Gina Rae at 8:40 AM No comments:

I. love. Etsy. I was recently researching some horsey gifts for a sweet little girl that I know. Here are some lovelies that I didn't choose. Horse in Heart pendant by curleycreekcreations Vanilla Rose and Horse Charm Necklace by imogene AND annie
Posted by Gina Rae at 8:36 PM No comments: Photo courtesy of Lisa Chet
Posted by Gina Rae at 10:27 PM No comments:

Places I Want to Visit...

If money and time were no object I would love to stay at the Four Seasons Tented Camp Golden Triangle, Thailand. The perfect mixture of luxury and adventure.

He fell on the way to the park.

Is it wrong that I think this is so adorable?
Posted by Gina Rae at 11:10 PM No comments:

Yesterday my sister and I took my mom to downtown Oshkosh to check out the filming of Johnny Depp's movie Public Enemies. The production had blocked off so many streets that it made it impossible to see what was going on. We walked around and tried to get some pictures. Since there was really nothing to see, naturally the only thing to do was to wait for a glimpse of Johnny Depp by the truck farm/base camp (whatever). We saw his car but didn't really get much of a glimpse. We took a break, because, despite evidence to the contrary we are really not that hard core!! We came back later as Johnny usually does a "meet and greet" at the end of the day. We even had my 3 year old nephew. Let me tell you, taking a three year old to wait on the street for three hours is not terribly exciting. (He almost fell asleep up there!!)

At least we had enough time to school the kid that Jack Sparrow would not look like a pirate, rather he would look like a regular dude! (It worked) Two hours in Zane had enough, but we weren't going to give up so easily. In the end our patience paid off! I was able to get three pictures, and shake his hand! He even shook Zane's hand! At the end of the night Zane summed it up and said, "I never want to go back there!" No problem! I hear there are even more streets blocked off and less to see today, which is fine with me because it has started raining!

I really like the flare from the sun in this picture!

This was complete insanity, I didn't think I had gotten any pictures with him in them at all, luckily there were two.

Here are some pictures of the spiffed up downtown Oshkosh area!!

What I'm up to